Summary: For one semester, I was part of a design team that was tasked with creating “something new.” My girlfriend had joined in on a brain storming session and told us that we should make some sort of candle extinguisher….. so.. we did! The initial idea was to create a lantern that had an auto-closing top but we thought that was too easy. We started thinking of hurricanes and how some have the potential to blow roofs off of homes. Through this idea, we sought at creating a low-pressure region above the candle, creating a vacuum to extinguish the flame.

After brainstorming several ideas, we decided on using a compact blower fan with a custom nozzle. We went through a few custom nozzle designs for a single flame candle after performing a CFD analysis on each one. Also, through our initial analysis, we realized that one air velocity is not ideal for all candle heights so our device “revs up” the blower with a motor driver. The system would be controlled by an Arduino Pro Mini. The user interface consists of two buttons for incrementing and decrementing the timer on the MCU. The visual display consists of 5 yellow and 3 red LEDs. The yellow LEDs signify 10 minutes and the red signifies an hour, for a maximum timer duration of 3 hours and 50 minutes. 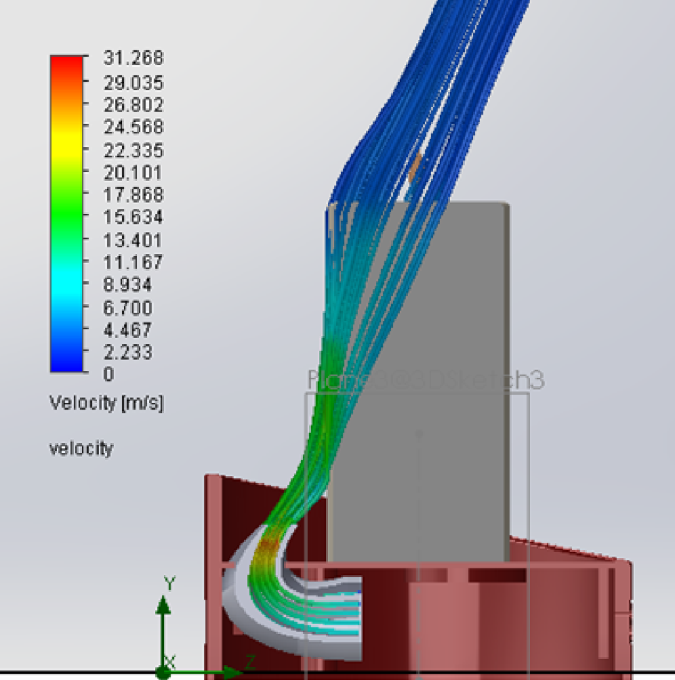 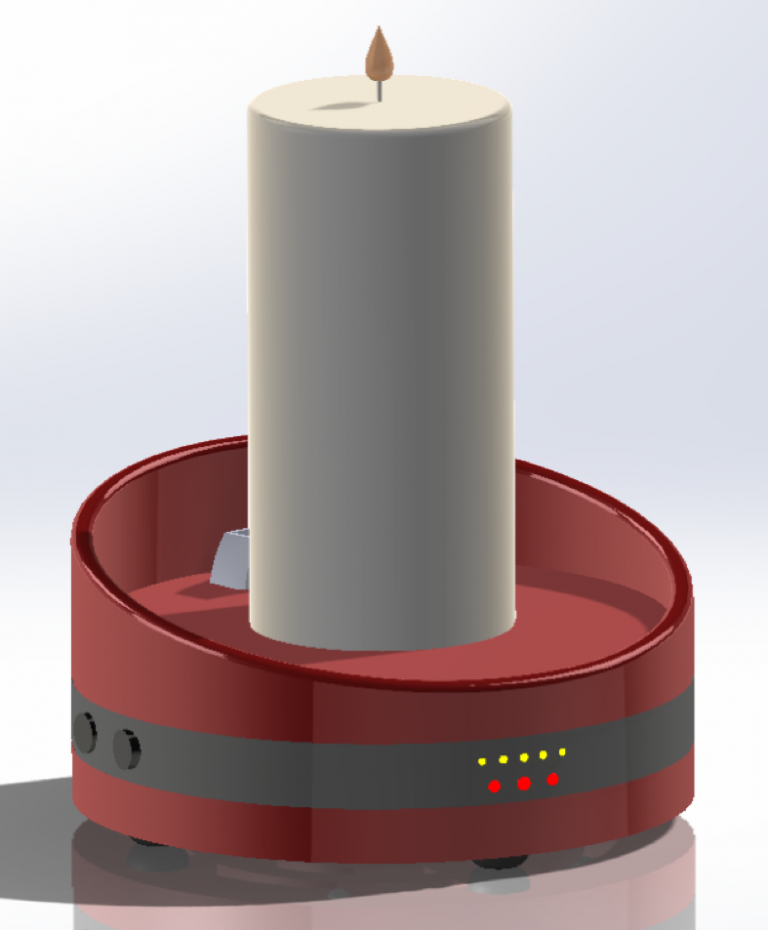 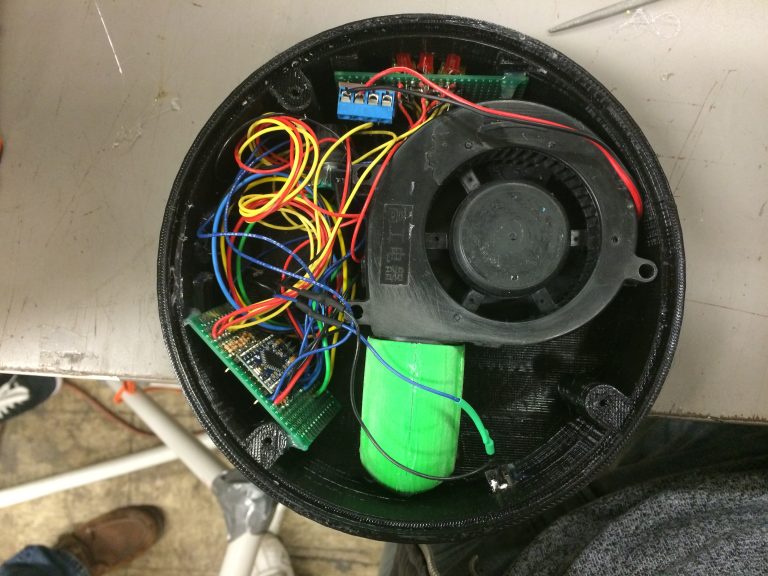 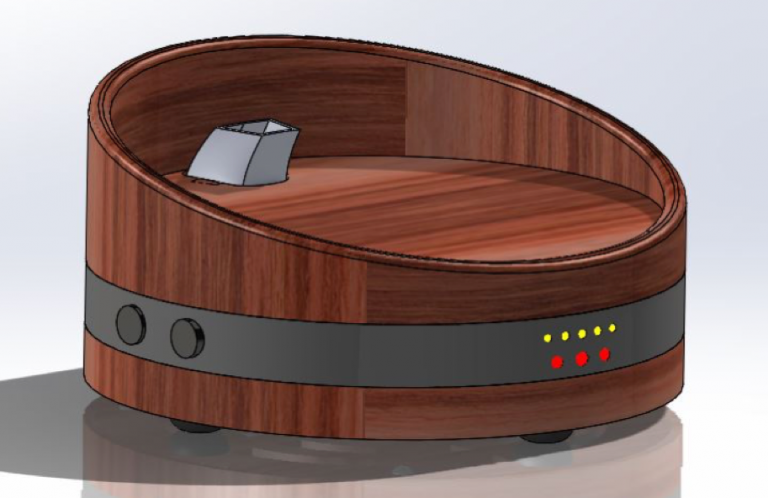 A video of the candle extinguisher in action: